Taking Back Our Lives:

A Call to Action for the 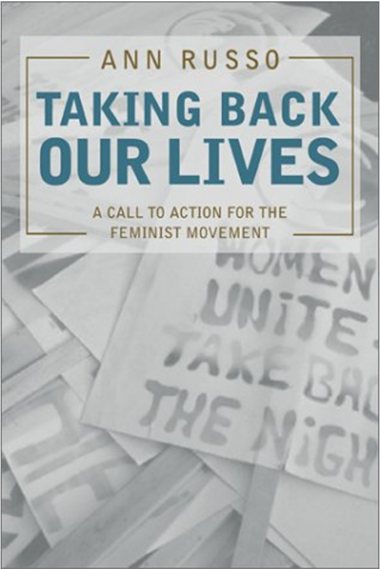 Women’s studies professor Russo has been involved in feminist and other social-justice activism for a quarter century. This collection of essays blends the personal with the political, memoir with theory, one woman’s journey with the history of “second wave” feminism. As a lesbian feminist who grew up abused in a white, middle-class, Roman Catholic household in central Illinois, Russo feels feminism saved her life. At the same time, she is often disappointed with mainstream feminism and demands that the women’s movement move beyond an exclusive focus on male domination to recognize and oppose the “interlocking oppressions and privilege” produced by the multiple hierarchies that define our lives. Russo addresses feminist theory, violence against women, pornography (lesbian as well as other varieties), the media, racial profiling, sexual conflict and contradiction, the importance of telling stories of resistance as well as victimization, and strategies for “a feminist practice of antiracism.” Penetrating, challenging essays.