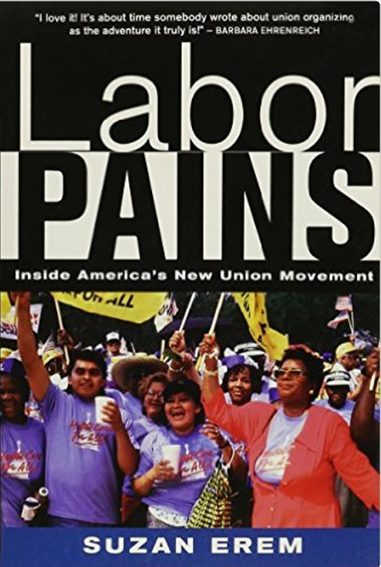 “Reading Suzan Erem is like listening to a longtime friend. She writes with the authentic voice of a sister who’s been there, done that, printed the t-shirts, and personally hand painted the picket signs. Labor Painsis an elevated train ride through the lives of real people lovingly rendered without sentimentality or fawning nostalgia.”