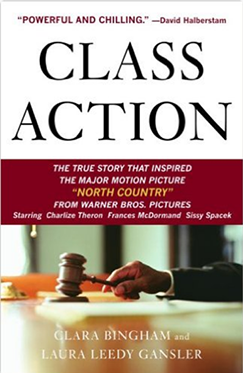 Class Action: The Story of Lois Jenson and

the Landmark Case That Changed

This is the story of a small group of women iron miners who took on a Minnesota mining company in a landmark civil suit: Jensen vs. Eveleth Mines. In 1975, Lois Jenson became one of the first women to work in the iron mines of Minnesota and she later became the lead plaintiff in the lawsuit against Eveleth Mines. Jenson and other women miners underwent twenty-five years of harsh and cruel abuse.

They received equally brutal treatment in the federal court system. Eveleth’s lawyers made a full assault on Jenson’s character during a deposition that inquired about the most personal details of her life. The plaintiffs pay in emotional pain despite thesuccess of the lawsuit. The book shows the dangers and rewards of taking on a powerful institution through the justice system.